Folic acid has gained a lot of attention in the past 20 years due to the impact vitamin B9 supplementation during pregnancy has on neural tube defects. However, folic acid is playing an increasingly important role for a particular group of people with migraine.

What is Folic Acid?

Folic Acid is the synthetic form of folate (vitamin B9), which plays a critical role in the growth and development of new cells, especially during rapid cell growth. Folate is required for making DNA, and it is also important in cell division. For this reason it is especially important during certain embryonic developmental stages (hence its importance in pregnancy and neural tube defects), but also has been implicated in certain types of cancer.

Does folic acid or folate play a role in the cause of migraine?

There are a number of pieces of evidence demonstrating a link between folate or folic acid and a subset of migraine with aura sufferers: genetic factors, diagnostic tests of a key biomarker, and folic acid supplementation studies. 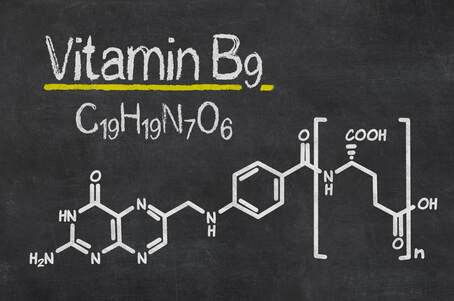 Folate is a key element in the production of nucleotides (building blocks of DNA) and the supply of methyl groups during methionine synthesis by an enzyme called methylenetetrahydrofolate reductase (MTHFR).

Deficiencies of dietary folate, along with vitamins B6 (pyridoxine) and B12 (cobalamin) or reduced activity of the MTHFR enzyme results in reduced conversion of homocysteine to methionine, leading to a build up of homocysteine levels in the blood.

This causes a condition known as hyperhomocysteinemia, which has been linked to a range of conditions such as atherosclerosis, stroke, osteoporosis, rheumatism, Alzheimer’s and Parkinson’s diseases 1 , and has been inconsistently linked to migraine with aura.

Pooled data from a number of different meta-analysis involving over nine thousand migraine patients and twenty seven thousand controls confirmed a significant association between the T-allele of the gene MTHFR C677T (which reduces the activity of the MTHFR enzyme by up to 50%) and migraine with aura, but is heavily influenced by geography and ethnicity2 .

The question remains as to whether these increased levels of homocysteine relate to migraine, and study results are quite inconsistent. Whilst some studies have shown extreme levels of homocysteine in the cerebrospinal fluid of migraine with aura sufferers3  others looking at blood plasma levels have been less consistent with some studies showing significant changes4  and others no difference between controls and migraineurs5 .

Does folic acid or folate play a role in migraine treatment?

Intervention studies have also provided conflicting results, however the majority seem to indicate a positive effect on both lowering homocysteine levels and decreasing migraine with aura attacks and disability. 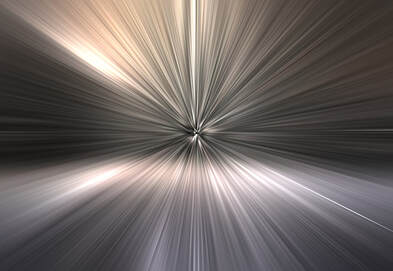 Australian researchers under the lead of Professor Lyn Griffiths at the University of Queensland have been examining the role of vitamin B in migraine and provided high dose supplementation (2mg folic acid, 25mg vitamin B6 and 400µg of vitamin B12) to migraine with aura patients. Migraine disability measured using the MIDAS was reduced from 60% to 30%, and there was also a reduction in headache severity and frequency. Oddly the effect was greater for the other variants of the MTHFR gene compared to the T-allele, and as noted above it is the T-allele that has a greater impact on homocysteine levels6 .

A follow up study examined the same supplementation protocol and looked at another gene MTRR and noted significant changes in migraine disability and homocysteine levels as well7 .
​
With some concerns expressed over the safety of such a high dose of folic acid, the same group examined the effect of 1mg folic acid, 25mg of vitamin B6 and 400µg of vitamin B12 and found no improvement in homocysteine levels or migraine disability8 .

Is folic acid supplementation for migraine with aura safe?

The common misconception with vitamins is that they are all safe and what your body doesn’t need it will just get rid of. Whilst there is no conclusive evidence that 2mg daily of folic acid is dangerous, long term and large scale studies are lacking. Smaller epidemiological studies and animal studies show signs that caution should be exercised, rather than assuming it is safe.

A study looking at residual folic acid at doses of 1mg per day (through consumption of fortified flour-based products) noted significant residual folic acid in all subjects. Someone eating grain based cereal in the morning and bread at lunchtime could already be consuming between 200-400µg per day9 .

In the USA the Food and Drug Administration set an upper limit of 1mg per day primarily citing concerns over the potential for folic acid to mask deficiencies in vitamin B12, which if gone undetected can cause irreversible neurological damage.

However there are serious concerns and ongoing epidemiological research examining the impact of folic acid supplementation promoting the progression of colorectal adenomas, potentially increasing the risk of maternal breast cancer (though an exceedingly high 5mg dose was involved), possible reduction of effectiveness of natural killer cells, increase in twin births, increased insulin resistance of offspring, concerns with interference with epilepsy treatments10 11 12 .  Further concerns have been raised over the potential contribution of excessive folic acid supplementation and the increase of incidence in autism spectrum disorders13 .
​
It is not known whether it is the increase in intake of folic acid or the residual folic acid in the the plasma that leads to the increased risk.

Currently the recommended daily dietary intake of folate is 400µg. This increases for women in their reproductive years up to 600µg during pregnancy. The dose of 2mg shown to be effective in the studies above is 5 times higher than the recommended daily intake and double the upper limit set by the FDA in the USA. Whilst the indication for folic acid supplementation is strong for early pregnancy the potential risks posed for those seeking relief from migraine with aura may be too great at present to warrant the risk.

What should you do next?

Whether it’s a medication that is potentially addictive or has toxic or overwhelming side effects, or a vitamin that may promote growth of cancers, surely the best way to manage your migraines is without supplements at all?

Between 30% and 50% of the population have the MTHFR C677T polymorphism14 , yet less than 3% of the population suffer from migraine with aura, and only a fraction of these can relate it to this gene. This is because there are many other factors that lead to the development of migraines, and a key link is the sensitisation of the trigeminal nucleus – the heart of migraine headache. 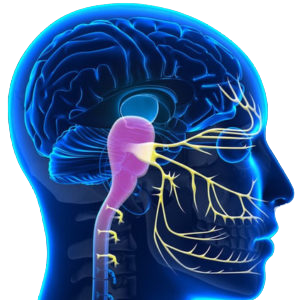 Here at the Melbourne Headache Centre we use a technique that focuses on decreasing the sensitivity of the trigeminal nucleus. So the system that drives migraine becomes less reactive, whether its being ‘set off’ by homocysteine levels, hormone levels, stress levels or no obvious triggers at all – the great thing is it doesn’t matter. We treat the factor that is common to them all.
​
Call us before you and see if we can stop the migraines before you need to take any supplements at all.
We will know within two weeks if the treatment is going to work for you. If not, and you suffer migraine with aura then you need to discuss the potential risks and possible benefits of taking supplements, including folic acid.