Is Caffeine a Friend or Foe?

Why is that that the same thing can be a trigger and a treatment? Headache sufferers have had a love-hate relationship with caffeine, going from complete avoidance due to its triggering potential, to relying on a cup a day to keep pain at bay!
Hidden amongst our morning tea and coffee, soft drinks and chocolate is a potent drug that has very complex interactions that go right to the heart of headache and migraine. 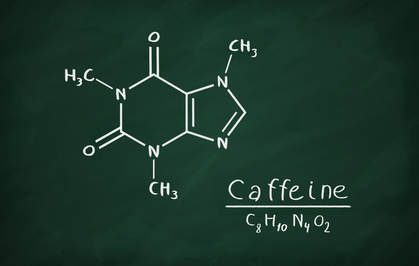 Caffeine is a chemical compound in the alkaloid family, (chemical name 1,3,7-Trimethylpurine-2,6-dione) that occurs naturally in over 60 plant species including tea, kola nuts, coffee beans, mate leaves, guarana plants, and cocoa nuts. As such caffeine is one of the most widely consumed psychoactive agents (able to change brain function/mental state) in the world. 1

How Does Caffeine affect our brain?

When entering the body caffeine looks exactly the same to nerve cells as a substance called adenosine. Adenosine is active in a number of regions in the brain and is a key building block in our energy pathways, but doesn’t instantly boost energy. In fact adenosine binding to nerves in the brain causes drowsiness by slowing down nerve activity and promotes sleep. During this time our blood vessels dilate allowing more blood into the brain to nourish it during sleep.
Caffeine blocks the ‘drowsiness effect’ by binding to adenosine receptors, leading to increased nerve activity and an increase in our ‘alertness’.
In response to this increased activity the pituitary gland releases adrenaline – our fight or flight hormone. The result is what most people will feel when they drink coffee in increased activity of the central nervous system: increased heart and breathing rate, increased blood pressure, increased diuresis, cardiac muscle contraction and gastric, lacrimal (tear), nasal mucous secretions vasoconstriction of blood vessels in the brain. Blood will be moved from your periphery to your core and the liver will release more glycogen into the blood stream for extra energy.

Headache and Migraine prevention – why Does Caffeine help? 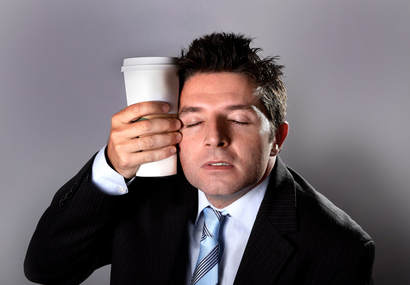 Caffeine causes vasoconstriction in the brain, and was added to numerous migraine medications on the mistaken assumption that migraine was a vascular headache.

‘Now that migraine is thought to be a neurological and not a vascular disorder, caffeine’s common inclusion in migraine treatments suggests an alternative, non-vascular mechanism of action behind its efficacy in migraine patients.’(Nathan Fried 2017)

While there may be some mild benefits with the vasoactive effects of caffeine, it is caffeine’s action in blocking adenosine receptors in the brainstem that is having the positive impact. In the brainstem (the home of the migraine circuit) adenosine is involved in pain transmission and sensitization. By blocking adenosine receptors here caffeine may help stop the spread of ‘excitability’ and abort a migraine or ease a headache. 2
Despite the anecdotal evidence or a ‘strong black coffee’ aborting migraines, research into caffeine as a monotherapy (not combined with another drug) shows it is no more effective than placebo in time taken to 50% reduction in symptoms. 3
The most commonly understood mechanism for helping headache and migraine sufferers comes from caffeine’s effect on your stomach. Ingesting Caffeine causes rapid lowering of gastric pH (more acidic), improving the absorption of analgesic medication. When the ergot family of drugs was in use a combination therapy known as cafergot was widely used. This has since been removed in most forms (still available as a suppository under prescription), due to deleterious cardiovascular effects of ergotamines. Today we see panadol extra on the market with caffeine combined with paracetamol. Despite some research to support its use as a combined therapy there isn’t currently a caffeine plus NSAID (like ibuprofen) on the market. This will be because both agents cause lowering of gastric pH, which indeed is the most common and concerning side effect of NSAID’s leading to stomach upset and ulcers.
Once again we see the double-edged nature of caffeine. On the one hand, here there seems to be good reason to use it as either an adjuvant to other rescue medication, or for its own effects in dampening brainstem excitability, however there is evidence to the contrary. Not unlike the opioids (with similar dependence and withdrawal profiles) caffeine may seem to ne helping with one hand, but worsening things in the long run.

Does Caffeine cause Headaches or Migraines? 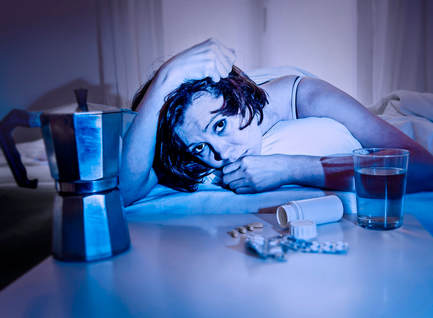 ​A study of 36 children and adolescents (aged 6-18) who were heavy cola drinkers (minimum 1.5L per day or 192gms caffeine) and suffered daily headache examined the effect of ceasing caffeine consumption. Two weeks after stopping their caffeine intake researchers saw a complete cessation of daily headache in 33 of the 36 children in the study. 4
Another study examining the factors that lead to chronification of headaches found daily consumption of caffeine to be a significant factor in the development of analgesic overuse headache and chronic migraine. 5
This study was followed up 2 years later looking more closely at the amount of caffeine used, and found a history of heavy caffeine use (> 300mg daily) was associated with chronic daily headache compared to episodic headache control groups. 6
In 2016 Lee and associates looked at the effect of caffeine cessation on the effectiveness of acute migraine medication. The two groups (abstinence and coffee groups) had a mean caffeine intake of 192mg per day. Given it’s adjuvant effect with analgesics one might assume that cessation of caffeine use would decrease the effectiveness of acute migraine treatment. In fact they found the exact opposite. Discontinuing caffeine use actually significantly improved the efficacy of acute migraine medication. 7

Should Migraineurs have Caffeine?

​There appears to be a complex association of caffeine with headaches. On the one hand many properties seem to make it a useful medication for helping relieve pain, but daily use appears to have some negative effects in increasing the likelihood on transforming from episodic to chronic headaches.
It’s the same story we have been hearing for opioid analgesics like codeine, recently taken off the shelves as an OTC (over the counter) medication. Adenosine homeostasis also plays a crucial role in narcotic drug responses and plays a role in neurobehavioural features associated with opiate addiction and withdrawal. 8
Caffeine also affects dopamine by increasing its production in the brain. Dopamine is our ‘pleasure drug’ so it makes you feel euphoric. This action is very similar to two banned drugs in heroin and cocaine which both slow down dopamine reabsorption. It’s the action on dopamine that may be even stronger cause of addiction and withdrawal with caffeine.
In other words the effect of caffeine and its interaction with adenosine and dopamine receptors results in the same withdrawal/addiction responses in our central nervous system as narcotic drugs.

How much caffeine is o.k. for migraineurs and headache sufferers? 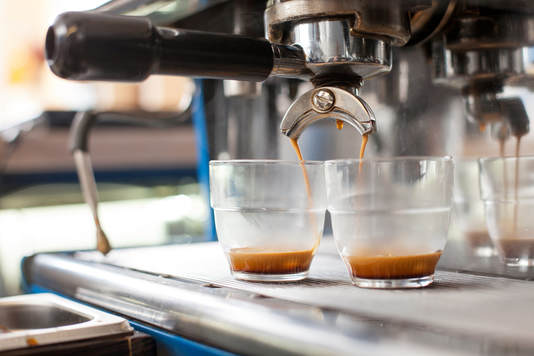 ​The Food Standards Code (Australian government) restricts the caffeine content of energy drinks. Whilst they have not set an upper limit in Australia, they have commented on the limit that appears to be linked to anxiety as being 3mg of caffeine per kg of body weight. This equates to around 200mg per day for an adult, and that seems to be a similar figure in the headache studies above9 .
At the end of all this you firstly need to figure out whether caffeine has any interaction with your headaches at all, as triggers are a hugely individual aspect of headaches.If you believe caffeine is a sensitive trigger with either not enough or too much (i.e. you have a ‘sweet spot’ in terms of it being helpful), you may want to monitor how much you have on a longer-term basis. 200mg per day, whilst in the short term may seem like its helping, in the longer term may actually be making you worse.An espresso shot may contain anywhere from 30mg to 90mg per shot. This variation is in the bean and roast type with lighter roasts having more caffeine. Caffeine in other foods drinks as per Food Standards Code 9 :
Black tea – 20-80mg/250ml (longer brewed = higher caffeine)
Coca Cola – 48.75 mg per 375ml
Milk Chocolate – 20mg /100g
Dark Chocolate – 81mg/100g
Energy drinks – 80mg/250ml
So one double shot of light roasted barista espresso coffee could have you close to the 200mg level. In the USA the recommended daily intake for caffeine is 400mg. The discussion around triggers always comes back to dealing with the common underlying theme which is an overactive brainstem. Lots of people consume caffeine but don’t get headaches, even when they stop or withdraw.So what makes headache and migraine sufferers prone to the positive and negative impacts of caffeine. Indeed why do all these different triggers result in headache? The underlying problem is overactivity in the brainstem – in the area housing the nerves for the head/face and neck.Regardless of the impact of triggers, the neck is the most common source of overactivity in this part of the brainstem and is the easiest to assess and treat.Treat the underlying causes today and get your neck assessed.