Life with migraine is hard enough, without missing out on one of life’s great pleasures – chocolate. 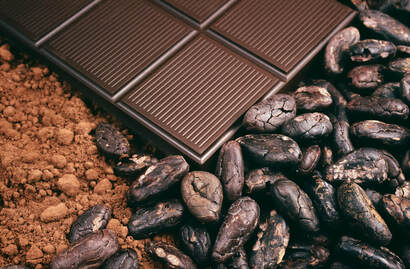 ​It’s entirely understandable how you would just try and avoid everything that you suspect might possibly trigger an episode, but the research tells a story that might suggest a change in eating habits won’t bring on an attack for the majority of sufferers.

​For the rest, decreasing the underlying sensitivity in the brainstem using a natural drug free treatment may mean what was once a trigger is now a pleasure! 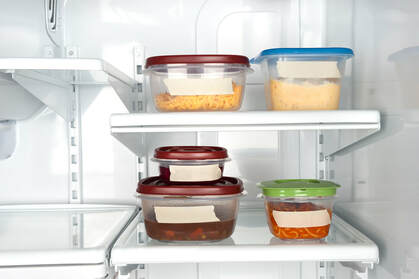 Whenever I ask someone during a consultation what their triggers are, or what they avoid to try and keep migraines at bay, there are several that come up in most cases. Stress is number one without question, and this supports the research with up to 80% of migraineurs reporting stress as a trigger1 – it’s rare that this won’t be listed, along with hormonal changes, sleep disturbance and skipping meals. When it comes to dietary triggers alcohol is in a similar boat with an overwhelming majority reporting this, however not far behind is chocolate. The odd thing about chocolate is that a relatively small percentage of those who say they avoid it will say it is definitely a trigger. They just avoid it because it could potentially be.

Anecdotal evidence of clients saying their migraine attack came on not long after eating chocolate led researchers to speculate on how chocolate could be a migraine trigger.

The first suspect was tyramine, a natural byproduct of the breakdown of proteins in certain foods when they age, leading people to avoid leftovers and cheeses. Tyramine is another migraine trigger ‘suspect’ with little proof to support its villain status.

​Decades of research have not been able to establish whether tyramine does or does not trigger migraine attacks, but research from Pastore and colleagues2  makes the presence of tyramine irrelevant to the ‘chocolate migraine trigger’ debate. Not only did they show that chocolate contains very little tryamine, but it in fact contains two substances more likely to have a protective impact in dopamine and serotonin. 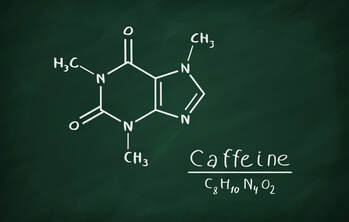 The next suspect was caffeine. Caffeine enjoys a complicated relationship with migraine, and with 100g of dark chocolate containing up to 81mg of caffeine, (similar to a double espresso), the impact could be significant. Read more on Migraine Headache and Caffeine here.

​On the one hand caffeine has been added to headache and migraine medication due to its ability to increase absorption from the gut, helping the action of acute pain relieving medications. 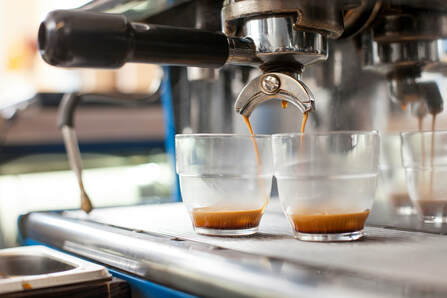 Secondly it binds to adenosine receptors which prevents drowsiness in some parts or the brain, but inhibits pain transmission and sensitisation in the brainstem where migraine and recurrent headache occurs. This is why many migraineurs report a ‘strong black coffee’ as their ‘go to’ to abort an attack.

Despite the mechanism and anecdotal evidence, research into caffeine suggest it is no more effective than placebo at stopping attacks. Consuming more than 300mg of caffeine per day has been shown to increase the risk of chronification (i.e. increase the frequency of attacks), and people taking around 200mg per day might decrease the effectiveness of their abortive migraine medication. So again the role of caffeine is not clear and it’s certainly not ‘an obvious trigger’

​According to Professor Peter Goadsby3 , for something be considered a migraine trigger it should trigger an episode 9 times out of 10 and within a couple of hours (e.g. glycerine trinitrate triggers >90% in under 10 minutes). 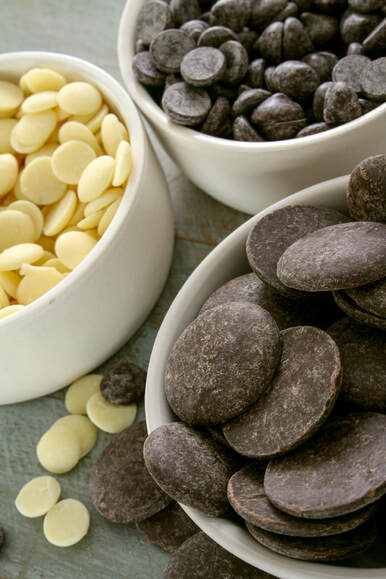 As far back as 1974 researchers Moffett, Swash and Scott4 , began exploring the possible links between chocolate and headaches.

In their double-blind placebo controlled trial in 80 subjects who all reported small amounts of cocoa products as a trigger, found only two subjects responded consistently having headaches after consuming chocolate. Their findings suggest that chocolate on its own rarely is a precipitant of migraine.

Another double blinded trial5  comparing chocolate to carob also found that chocolate does not appear to play a significant role in triggering headaches in typical migraine, Tension-Type Headache or combined headache sufferers.

So why is the anecdotal case strong against chocolate? The current accepted theory was outlined by Prof Peter Goadsby at the 2017 Migraine World summit3 :

‘Part of the presentation with migraine is the premonitory phase, which occurs 6-10 hours (can be up to 2 days) before pain (or typical migraine) symptoms present. One of the features is cravings for certain foods – sweet foods, salty foods etc and this is driven by the hypothalamus. So people will eat certain foods not knowing that they are in the premonitory phase and then associate that food with the migraine, when in all likelihood they were going to have a migraine anyway.’

Is it possible that your migraine has started anyway when you suddenly get the urge to eat some chocolate?

We have seen that chocolate contains serotonin and dopamine both of which play significant roles in dampening excitability of pain nerves, and 30g of 84% dark chocolate shown to decrease inflammation in diabetic patients7 . It is also a rich source of magnesium with 100g block containing around 230mg of magnesium.

Every person who suffers migraine is different, so it is important to filter all of this through what you understand from your own story.

Chocolate – to eat or not to eat, that is the question.

​If you know that every time you have eaten chocolate you have had a migraine, I am not suggesting you tempt fate. If on the other hand you think that sometimes it has been a trigger, but other times not, or if you have only avoided chocolate assuming that it is a migraine trigger then you may wish to reconsider your view.

What you should consider when deciding to try it is whether or not you have a number of other trigger factors building and whether or not you might already be in the premonitory phase.
The key is to avoid trying it if you are craving it, or feeling lethargic, yawning excessively and moody. It also makes sense that if you have been short on sleep and are feeling like your stress levels are high, or the timing of hormonal changes (leading into the start of your cycle or mid cycle) then that may not be the best time to try it.

An important note to avoid leading to increased frequency of migraines is that 100g contains up to 80mg of caffeine – as strong as a double shot espresso. Over 300g per day can lead to increased risk of chronic headaches, so be careful with how much chocolate, coffee, tea you have. 1

Regardless of triggers – stress foods, sleep hormones, the all have to interact with an overstimulated trigeminal nucleus. This is what is at the heart of migraine, tension-type headache along with the other major headache types.
If you don’t have an overloaded trigeminal nucleus – you don’t get symptoms. Avoiding triggers is one thing, but dealing with the overstimulation of the trigeminal nucleus is far more significant, and will have a much bugger impact.
Picture the trigeminal nucleus in the brainstem as a coffee cup. In non-headache sufferers this cup starts the day almost empty. In migraineurs and recurrent headache sufferers the cup starts at ¾ full.
There is less capacity to absorb more input into the system, and different people will be sensitive to different inputs – these are the triggers.
Rather than walking on eggshells all the time trying to avoid spilling the coffee cup over, use a treatment that ’empties some coffee from the cup’.
That is exactly what the treatment at the Melbourne Headache Centre does. The three nerves from the top of the neck feed directly into this part of the brainstem. We can test your neck to see if they are causing some of this irritation and treat it.Empty the coffee cup………give yourself more capacity to ‘absorb triggers’ and who knows…….maybe you can have an easter egg or two!!
Posted in Tiggers